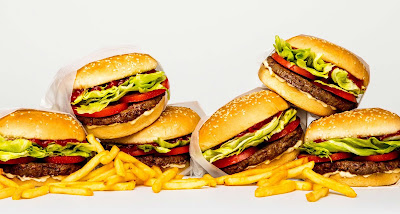 I had the impossible burger at Houlihan's today. I did not know it would be on offer. When we were given the menus there was a R&D menu and it was on there. I jumped at the chance to try it.

It delivered everything it promised. The texture was exactly as I remembered real meat. I could not remember the flavor of real beef.

So I gave some to my meat eating companion. They said, knowing they were eating plant-based, that it tasted like beef and had the same texture.

It was an incredible experience. It felt like I had gone back in time to when I was younger and still ate actual burgers.

Don't get me wrong. I don't crave meat or miss animal meat. As far as I'm concerned, animal meat is morally wrong, but also bad for your body. It does no one who eats it any favors.

But it was just a really satisfying, really tasty patty. Commercial vegan patties can be too soft. Too dense. A lot of them are just wrong.

The impossible burger satisfied a craving I didn't even know I was having. It had the right flavor, the right texture. It massaged that region in my brain where my ancestors are still hunting and roasting flesh over flames. Evolution has taken us beyond those humble neanderthal beginnings. But remnants still linger in our collective DNA. Impossible burger seamleslly bridges that gap between carnivore and vegan. It is the future of protein.

I found it somewhat strange that the very vegan patty was offered on egg based brioche bun and layered with cheddar cheese, but restaurants, they know not what they do when it comes to vegan cuisine.

I was able to switch out the bread to avoid eggs. Removing the special sauce and cheese was not an issue.

The impossible burger truly lives up to its name!
dining out vegan