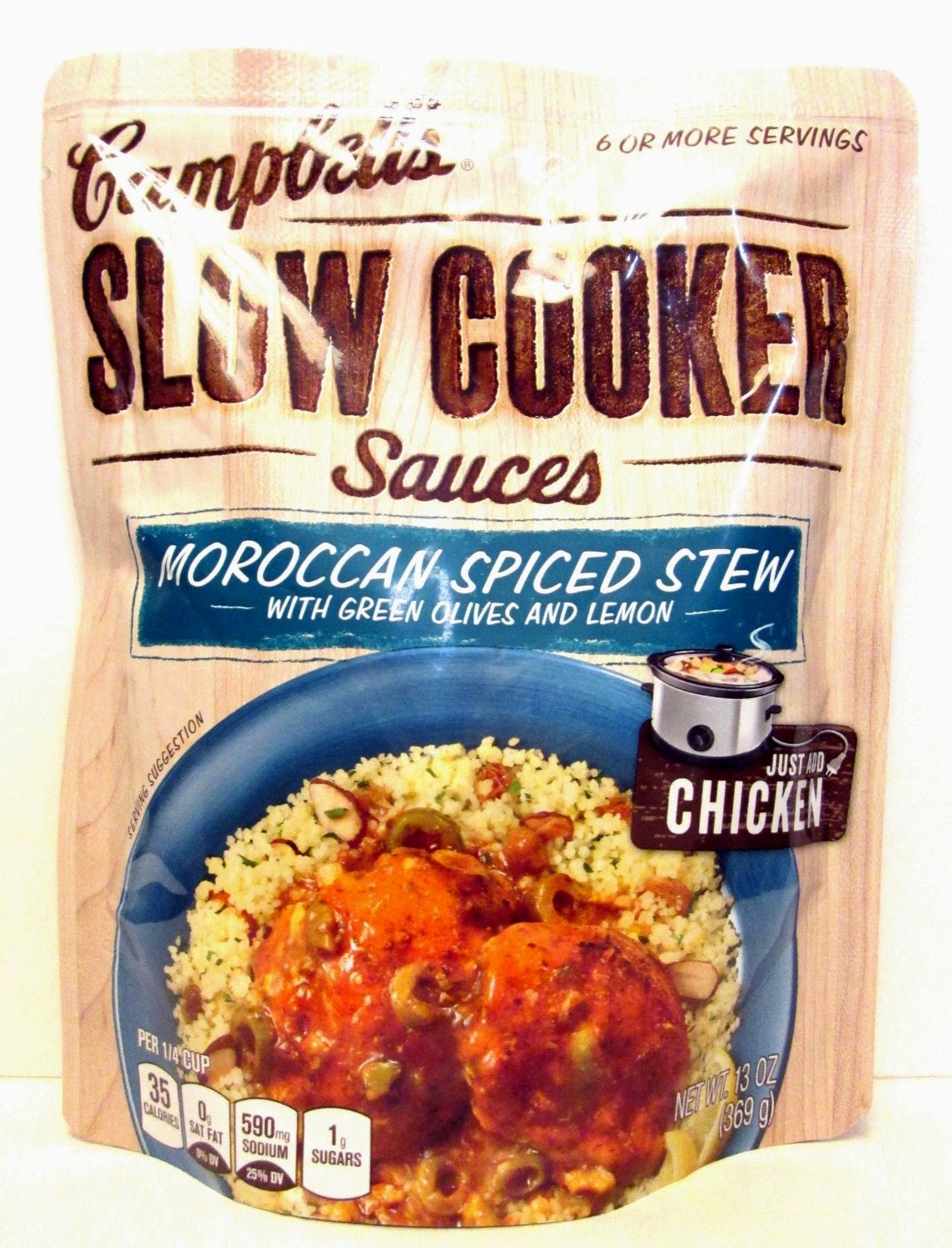 Campbell's Slower Cooker Sauces was on sale in ShopRite and I had a coupon, so I gave it a try. The pouch reminded me of the Kitchens of India stuff I used to buy before it vanished from my local grocery store shelves. Of course, the Kitchen of India brand had beans and also potatoes in certain varieties. This is just the sauce.

Apparently there are two other styles in this line up. There's skillet sauces and oven sauces. Skeptic that I am, I just assumed they are all the same other than the packaging and the recipe instructions printed on the back.

I did not make my slow cooker sauce in a slow cooker. I also did not add chicken. I read the ingredients before purchasing and the moroccon stew flavor was meat free. I can't vouch for the other flavors in that regard. It read similar to a curry, but with cilantro too. That definitely appealed to me. I'm a cilantro lover.

When I opened the pouch it was just an ordinary bag of sauce. I could not see any reason why it needed to be "slow cooked" in order to work.

I made some rice in the usual way. When the rice was done I added the sauce pouch and a can of rinsed garbanzo beans to the finished pot of rice.

As is my usual modus operandi, I also doctored it slightly with the addition of 3 cloves of freshly crushed garlic, about 1 tsp of freshly grated ginger and 2 tsps of finely minced jalapeno.

I let this mixture simmer for only a few minutes before declaring it done!

After letting it cool for several minutes I tasted it and was impressed. It was much better than I expected it would be. Still I decided the Kitchens of India flavor was better.

Then I had some the next day after it had sat in the fridge overnight. Magically, it had gone from decent to awesome!. I'm now officially in love with this stuff.

This is my honest experience. I haven't been endorsed or compensated in any way.