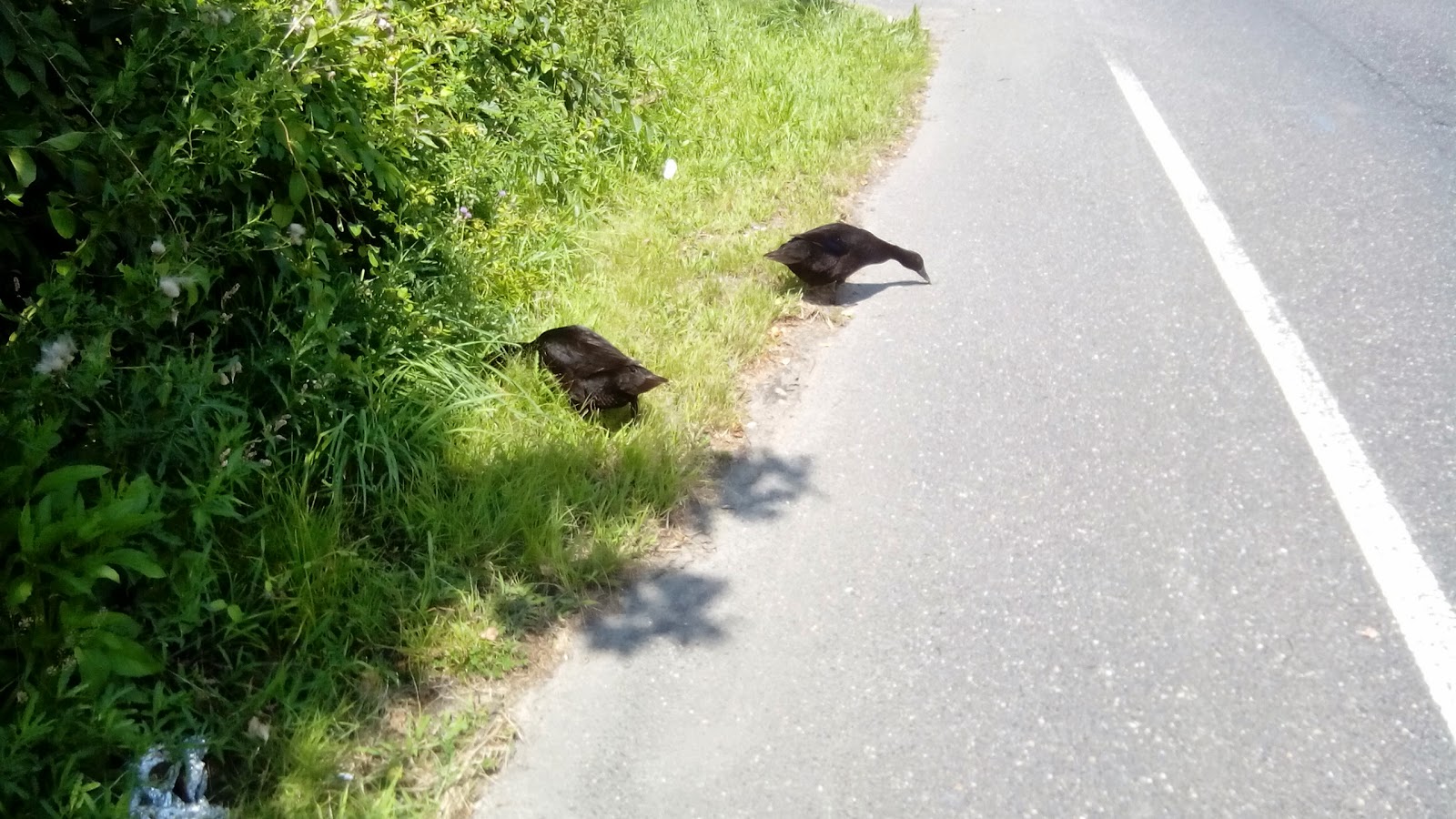 On my routine bicycle travels I often get to encounter some amazing wildlife. It's amazing to think that such an urbanized area can still be so rich with wilderness and fauna. I guess that's why they call us the garden state.

My most favorite by far is the little black ducks I was lucky enough to come across on the side of the road. They appeared to be a couple working together. They were just about as cute as you could ever hope to imagine.

It's not easy to photograph animals. They're easily frightened. But these little black ducks had no fear. They let me get very close. And they didn't care about the cars whizing by They just went about their duckly business as if I wasn't even there.

But they were as cute as can be. All feathery and fat as ducks tend to be. And waddling around together just the same as any old married couple of the human variety..