- April 12, 2014
On a whim I decided to try growing some vegetables indoors. I can be that way sometimes. A notion will strike me and I'll run with it, for better or worse. I'm not a plant person. At least not by inclinations. I've owned and cared for one single plant in the last 20 years. An adorable cactus that has slowly gone from little nubbin in a tiny pot to a dual armed beauty of at least 5 times its original size.

But I love garlic. A lot. More than that even. So I thought it might be fun to try to grow some.

In a small planter pot I nestled one large clove into ordinary potting soil. Watered and waited. I watered the new seedling twice in a week and after only 7 days I'd been rewarded with a nice new growth. It feels good to cultivate new life. 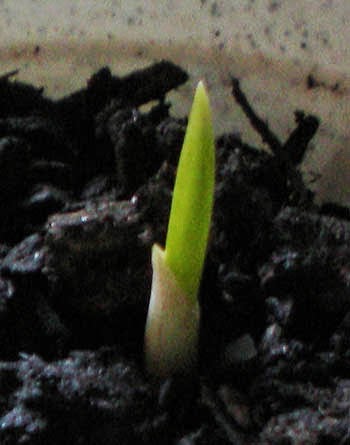 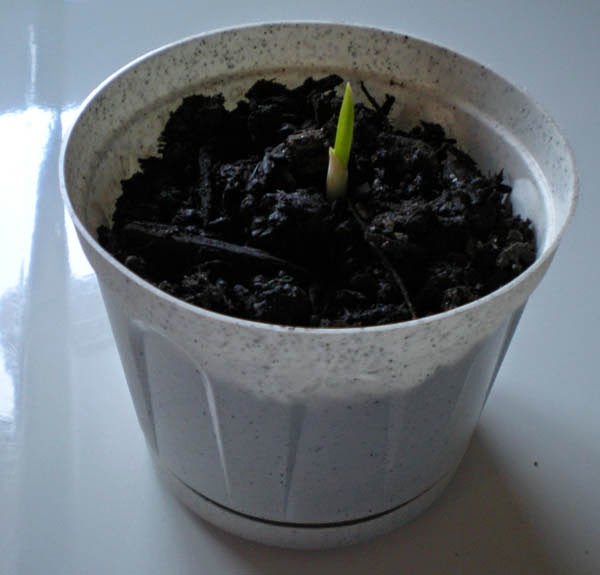 It inspires me to try growing other small food plants indoors. I'd like to try some onions or hot peppers. Maybe even some cabbage or romaine. The web is overflowing with ideas and techniques for success in indoor gardening.

But first I'll need to acquire some vessels suitable to the task. Rather than shop the garden section for overpriced planters, my plan is to use those plastic storage bins they sell to organize shoes and whatnot under your bed. They would offer substantial growing real estate for a much cheaper investment. I'll just drill some holes in them for drainage and use the lids as excess water collection saucers.

I've also read on the internet that scallions can be grown quite easily in just a shallow pot of water. That sounds promising.  Hydroponics are fascinating. I imagine there are numerous plants which can be cultivated this way.

I can't believe it took me all these years to try this stuff out. It's fun and rewarding and may even save some money in the long run. But the best part is I control the chemicals and pesticides. Of which there are none. And it's always 68 degrees F inside the house, so growing season is year round.